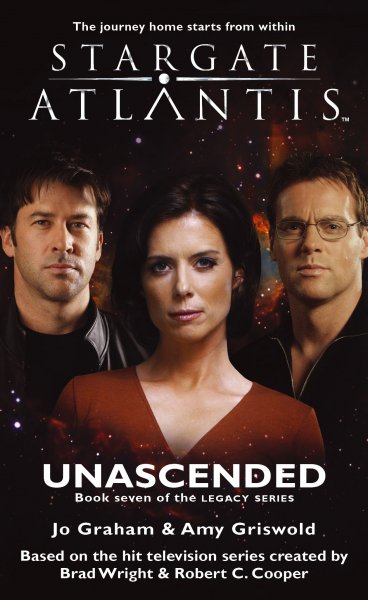 Convinced that an Ascended Elizabeth Weir saved his life, Dr. Rodney McKay argues that she must have escaped her replicator body in order to ascend.  No one believes him, but when rumors reach Atlantis of a woman with no memory who calls herself ‘Elizabeth’, Rodney is determined to track her down.

Meanwhile, Daniel’s research uncovers evidence of Vanir activity in the Pegasus galaxy - evidence that casts both light and shadow over the mystery of Elizabeth...

Ahead of them, he could see the green line of brush that sloped down to the river. So could every small animal trying to escape the fire. Anything that wasn't caught in the nets would make for the protection of the water—

"They're going to be waiting at the river," Ronon said, catching up to Daniel. He sounded as though this were no more than an easy jog.

"I know," John called from behind him. "But they don't look like great swimmers, so when we get there, everybody into the water."

"We're going to have to go through these guys," Ronon said.

"We’ve just met an entirely new intelligent species, and we’re about to make first contact by shooting them," Daniel said.

"You got a better idea?"

"Try warning shots," John said. "And, yes, Rodney, I remember why that’s a bad idea, but we're heading straight for the river."

"I'm just saying the two things I didn't want in my day were dinosaurs and fire!" Rodney said, unslinging his own P-90 and cradling it as he ran.

"They're not dinosaurs, McKay."

"Birds are essentially dinosaurs, any paleontologist—"

Ronon grabbed the back of Rodney's jacket, thrusting him forward faster. "Shut up and run!"