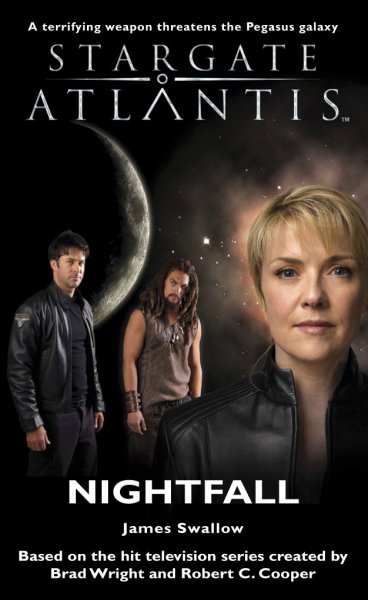 The rock of Aegis…

Deception and lies abound on the peaceful planet of Heruun, protected from the Wraith for generations by their mysterious guardian — the Aegis.

But with the planet falling victim to an incurable wasting sickness, and two of Colonel Sheppard’s team going missing, the secrets of the Aegis must be revealed. The shocking truth threatens to tear Herunn society apart, bringing down upon them the scourge of the Wraith. Yet even with a Hive ship poised to attack there is much more at stake than the fate of one small planet.

For the Aegis conceals a threat so catastrophic that the Atlantis team must risk everything to eliminate it from the Pegasus galaxy...

From below, the gate murmured as Lorne’s unit stepped into the ripples, and for a long moment Sam felt a tingle in the base of her feet; she was almost rocking on her heels, drawn by the glow of the open conduit. I want to go with them.

Outwardly, she was impassive, but inside Sam tried to push the thought away without success. It felt odd to stand here and send her people through the Stargate on mission after mission, to stand here and watch and wonder what they would be confronted with. Carter was no stranger to the burdens of command, but her duties had always taken her out there. Atlantis was the first time she found herself with the responsibility of staying behind, and with each passing day in that role she had new respect for Hammond, O’Neill and Landry, her former commanders; officers who had done what she did now, sending men and women into the unknown, silently hoping that each order they gave would be the right one.

Lorne was the last to step to the gate, and he paused on the threshold, glancing up at her. He gave a curt nod, and Carter returned it.

“Bring our people home, Major,” she told him.

“You can count on it, Colonel.”