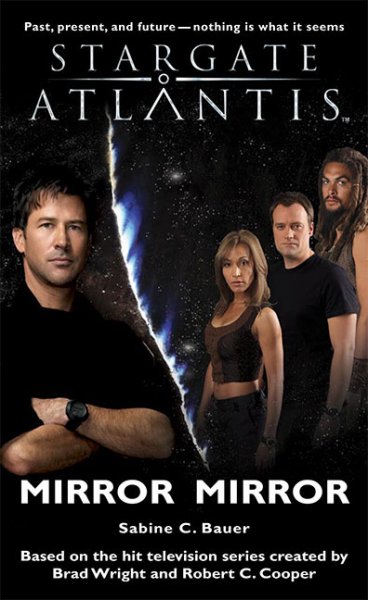 Too good to be true…

When an Ancient prodigy gives the Atlantis expedition Charybdis — a device capable of eliminating the Wraith — it’s an offer they can’t refuse. But the experiment fails disastrously, threatening to unravel the fabric of the Pegasus Galaxy — and the entire universe beyond.

Doctor Weir’s team find themselves trapped and alone in very different versions of Atlantis, each fighting for their lives and their sanity in a galaxy falling apart at the seams. And as the terrible truth begins to sink in, they realize that they must undo the damage Charybdis has wrought while they still can.

Embarking on a desperate attempt to escape the maddening tangle of realities, each tries to return to their own Atlantis before it’s too late. But the one thing standing in their way is themselves…

Why that particular gate had worked when countless others had refused to cooperate countless times was beyond him. Some kind of reverse glitch maybe, but he wasn’t going to question his luck. When he emerged from the gate he indulged in a brief, ecstatic moment of believing he’d finally made it home.

Just when had he started thinking of Atlantis as home?

Since first setting foot in it, quite possibly. It had felt right in a way nothing and nowhere else had in a long time. Each expedition member had been allowed to bring one personal item. He’d brought a second-hand copy of Tolstoy’s War And Peace, which probably said all there was to say about his emotional ties to Earth.

Atlantis had been a new start and a family.

John figured he should have known better than to care. He’d been quite content in that bubble where fate could only be decided by the flip of a unit coin, because he refused to care. His bad for allowing the bubble to pop. Payback was a bitch.

The Atlantis he’d known was gone. In time-honored human tradition they’d got too curious, too cocky, too greedy. The upshot had been wholesale destruction. Not just of Atlantis, and he’d never understood why he had survived. Perhaps it was punishment. He could have stopped it. Rodney McKay, of all people, had urged caution…