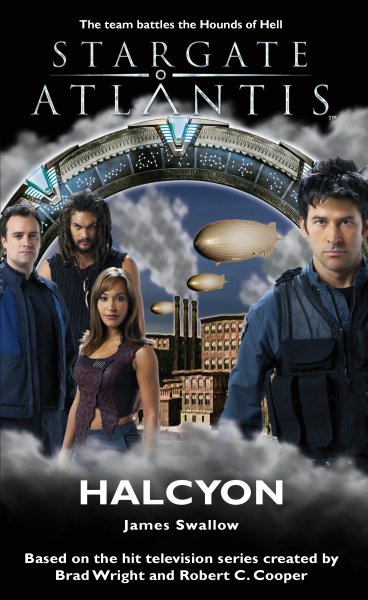 In their ongoing quest for new allies, Atlantis’s flagship team travel to Halcyon, a grim industrial world where the Wraith are no longer feared — they are hunted.

Horrified by the brutality of Halcyon’s warlike people, Lieutenant Colonel John Sheppard soon becomes caught in the political machinations of Halcyon’s aristocracy. In a feudal society where strength means power, he realizes the nobles will stop at nothing to ensure victory over their rivals. Meanwhile, Dr. Rodney McKay enlists the aid of the ruler’s daughter to investigate a powerful Ancient structure, but McKay’s scientific brilliance has aroused the interest of the planet’s most powerful man — a man with a problem he desperately needs McKay to solve.

“So, how we going play this, Sheppard? You let them bottle us up, and—”

“I’m working on it,” Sheppard replied, cutting Ronon off . “We miss our call-in and Atlantis will send out Lorne and a rescue team.”

Rodney snorted. “No change from normal there, then.”

“They won’t try to wait us out,” said Dex, “that’s not how they do it. They’ll rush us.” He sneered. “Wraith like the direct approach.”

“Couldn’t be more than a dozen of them clowns out there,” noted Hill, “even counting those we put down.”

Sheppard looked around. “Ammo check. Anyone low?” He got a chorus of negatives from everyone except Teyla. The Athosian woman was stock still, sighting down the length of her gun. “Teyla, you with us?”

She shuddered, and he saw the distant, fearful look in her eyes that he knew meant trouble. “John. There are more Wraith out there. A lot more. They know—”

Teyla’s words were drowned out in a howling chorus of blaster bolts as the aliens opened up on the stone building from all sides.